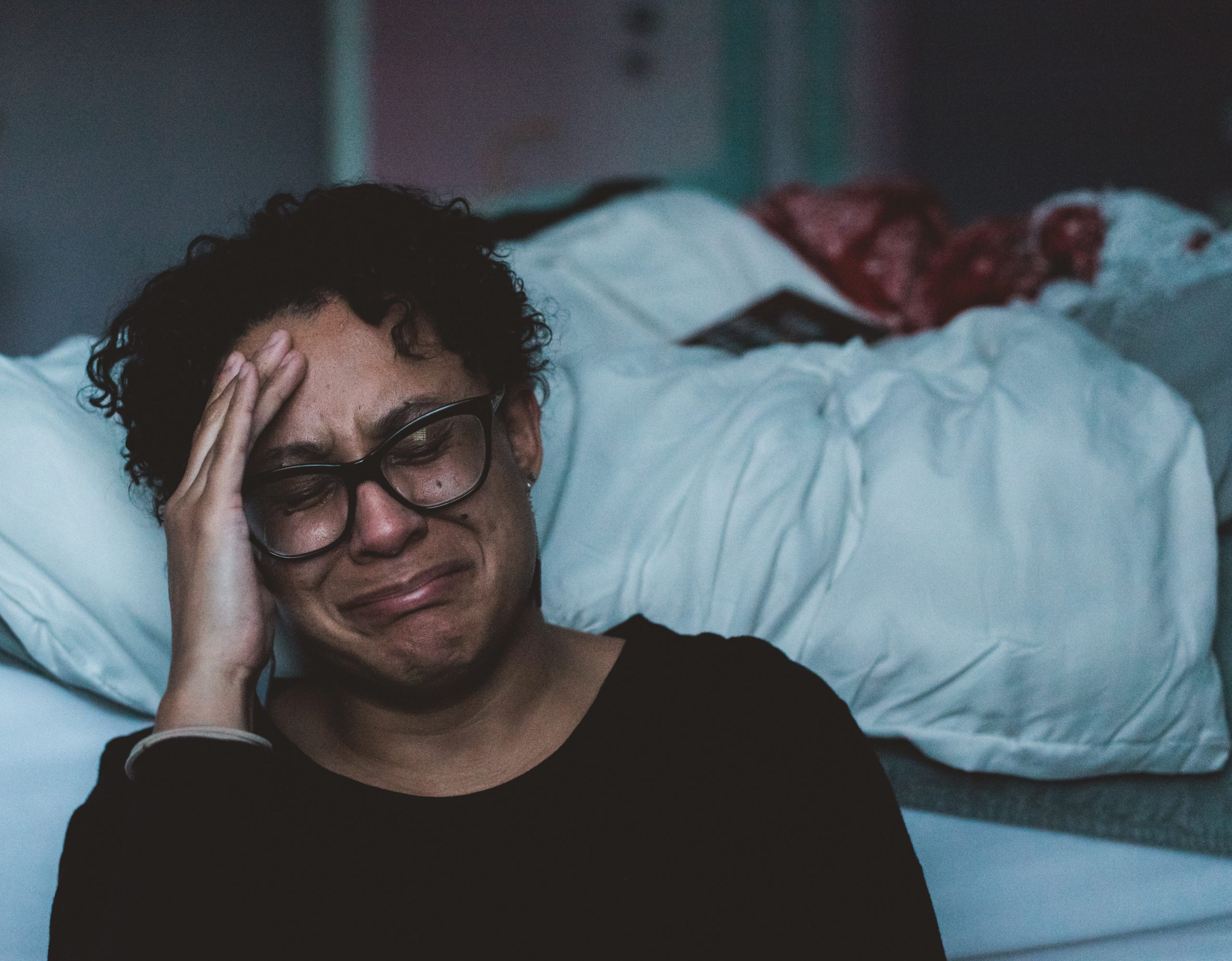 When God created a woman I think he put a little extra oomph on her. If you put something in a woman’s hands she usually ends up making something out of it. A woman’s instincts breed creativity. For example, if you give a woman a house she’ll make it a home.

I’m an author that writes about Christian relationships and I’m also a Certified Christian relationship coach. When I coach or counsel women, one thing that constantly seems to be a common denominator is many women feel trapped inside a life that doesn’t allow them to live up to their full potential even when they are in a relationship.

So What Makes An Otherwise Stable And Happy Woman Dissatisfied Even When She’s Dating?

A) Oftentimes women are frustrated because they can envision the life they want, but they don’t always know how to go after it. Once you have a man, there will still be personal goals you want to achieve

D) Sometimes a woman is frustrated because she wants to be married, but her man doesn’t seem interested in taking the next step

Even though I’ve personally done better in recent years achieving some of these things, there are still many more things I want, and it can be frustrating waiting for things to happen. When a woman is in a place like this in her life and she has a man that she decides to turn to for help, he will not always know how to reach her emotionally.

I know some women that have gotten mad and even contemplated leaving their relationships because their husband or boyfriend couldn’t or wouldn’t swoop in and offer to rescue her from her frustrations.

At the end of the day, I think a man is at his best when his woman is at her best. When she’s not at her best, he tends to retreat and give her space even though space may be the last thing she wants.

Honestly, if you have a man that’s a strong leader, a good provider, a good listener, gives you a shoulder to lean on, provides emotional support, is a spiritual leader, never does or says the wrong thing, always strikes all the right notes in every situation, then congratulations you’ve found a perfect man and you’re the only one on earth who has!

Since we all know there are no perfect men out there, we also must concede that men will not have all the answers. I realize that I can’t rely on my relationship to fix everything that ails me. If you’re not currently in a relationship right now, finding a relationship isn’t going to fix everything that ails you either. If you’re a dissatisfied single, you will likely still be dissatisfied when you get a man as well as after you get married. 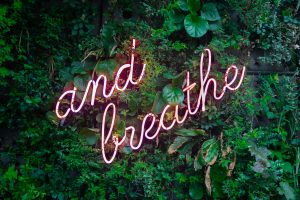 How Do You Ensure That You Will Come Away Empty When You’re Looking To Your Man To Be Your Hero During A Bout With Dissatisfaction?

For one thing, you expect your man to be God in your life at that moment. You expect him to have answers you don’t have. You expect his to know things about your emptiness you can’t verbalize coherently yourself.

Last time I was dissatisfied with some things in my life and went to my husband looking for answers, I’m not sure what I thought he was going to say or do. Let’s just say it didn’t go quite the way I expected.

While I was in that state of mind, I expected him to have perfect responses. I expected him to be flawless in his empathy and concern. That’s not what I got. I went into that conversation expecting near perfection from my man because I needed someone to be better than me at that moment. That just wasn’t realistic.

Now let’s think about a more realistic male response to your dissatisfaction because many men struggle to navigate their way through a woman’s emotional pain and dissatisfaction especially if they feel they are in any way responsible for how she’s feeling. If your man is struggling to help you during these times of dissatisfaction, it doesn’t mean he disconnected himself from you or that he loves you any less, he’s just in uncharted territory. 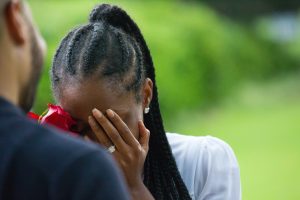 Let’s look at five responses I got from my husband the last time I told him I was dissatisfied with where I was in life and the things I could have done better to get a different reaction from him.

1. I told him I was not happy with where I was in life and told him I needed to talk about it. He told me he was listening to me but I noticed he didn’t have any meaningful corresponding conversation for me. He didn’t try to come up with any nuggets of wisdom or seem particularly interested in what I was feeling. So what did I do?  I gave him the side-eye.

What I could have done better: Let’s face it, if I was going to blindside him with a deep conversation about wanting more out of life, I should have given him a heads up so he would know what I wanted to discuss and then he could have had some thoughtful answers waiting for me.

2. I wasn’t getting the response I wanted from him so I said “Are you listening to me?” He had his eyes closed while I was talking and when I asked him “are you even awake?” he said “I’m listening to you” while his eyes were still closed.

I yelled “No you’re not! Do you even care about what I’m saying to you?”

What I could have done better: My husband works 3rd shift and his eyes always seem to be closed when he’s relaxing, so I should have made sure he was alert before I started a conversation.

3. I told him I didn’t think he was taking my concerns very seriously. He seemed to know I was leaning on him with a weight that only God could support so he told me “it’s going to be alright, God will work it out.” I said, “That’s all you have to say? I expected more help from you after I poured my heart out to you.”

What I could have done better: Pick and choose your battles ladies. If your man is watching television or engaged in other activities when you approach him about your dissatisfaction in life you have to turn the television off or get his undivided attention in order to set the atmosphere for conversation and prayer. If you try to talk to him while he’s distracted you will not get the kind of conversation you want or need out of him. If you walk away frustrated, it that really all on him?

4. I told him he wasn’t helping. He asked me “what do you expect me to do about it?” Granted, that was not the best response my husband could have given me but then I proceeded to frustratedly say “never mind just forget I said anything” and I left the room.

That shuts everything down and dials up the tension.

What I could have done better: I should have said “you know what, we can talk about this another time when you are not preoccupied. What will be a better time for us to discuss this?”

5. After a few hours had passed, he came into the room and pretended like I never said anything and tried to carry on as usual because he didn’t know how to address the elephant in the room.

I was still frustrated so I made sure he knew we were not going to carry on as usual because I was not happy at that moment and wanted to discuss my dissatisfaction.

What I could have done better: I should have let it go and allowed us to carry on as usual with the understanding that we’d discuss it at another time. That would have saved me a whole night of frustration and awkwardness for both of us. 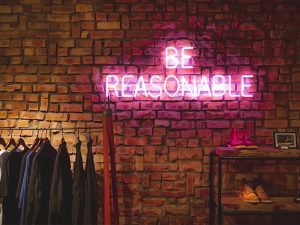 So after that night, I learned some things about myself and my husband that has helped me not to have another night like that again.

I might not always get the responses I’d like to get from my man when I’m wrestling with dissatisfaction, but I realized that sometimes I might be asking for too much.

Oftentimes women look to men to be their end-all and be-all, especially when he’s a Christian man who has a relationship with God.

I know you would love it if God downloaded a sensitivity chip into your man’s brain every morning so he’d always respond to you the way you’re hoping for, but that isn’t going to happen, so you have to understand what you man can and can’t give you.

When you’re pouring out your heart to your man about your frustrations with your life and you want him to do something, anything to help you put out the flames of dissatisfaction, even though you don’t even know what to do yourself, he may listen, but he won’t always know how to pull you out of that quicksand you feel like you’re sinking in.

You don’t need to be discouraged if your man can’t seem to reach you at that moment because God can! So, you have my permission to give your man a break.